“Olaf” (pictured) is the first amphibian born via IVF. Previously thought to be extinct, 300+ members of this critically endangered species, the Puerto Rican Crested Toad, were born from sperm previously frozen – hence named after the Disney character – in order to save the species from extinction.

In 2018, a team of scientists traveled to the southwest town of Guayanilla, Puerto Rico, to capture and extract sperm from the few remaining adult Puerto Rican Crested Toads ([*Peltophryne lemur*](https://en.wikipedia.org/wiki/Puerto_Rican_crested_toad)). Okay. But why?

Puerto Rican Crested Toads have always been rare. In 1966 they were declared extinct, until a small population was rediscovered in the 1980s – however, the population was still under severe stress, and was reduced to approx. 80 individuals at a single location by 2003. Several dozen were captured for ex-situ breeding programs in US zoos; the problem however was a lack of genetic diversity. And so in 2017 an attempt to collect new genetic information from wild toads was launched.

Apparently extracting sperm from a toad is comparatively easy – many automatically release it when they urinate; and they typically urinate when scooped up by a human (don’t blame ’em; we scary). And if they don’t pee, well, according to Diane Barber of Fort Worth Zoo: “It’s kind of weird, but if you hold them in your hand and look at them and bark at them like a dog, they will pee”.

The sperm was quickly frozen in liquid nitrogen, transported to Fort Worth Zoo, Texas, thawed and injected into awaiting captive females. This pioneering attempt was a success – over 300 fertilised eggs were successfully reared to adulthood (including “Olaf”, another pic [here] 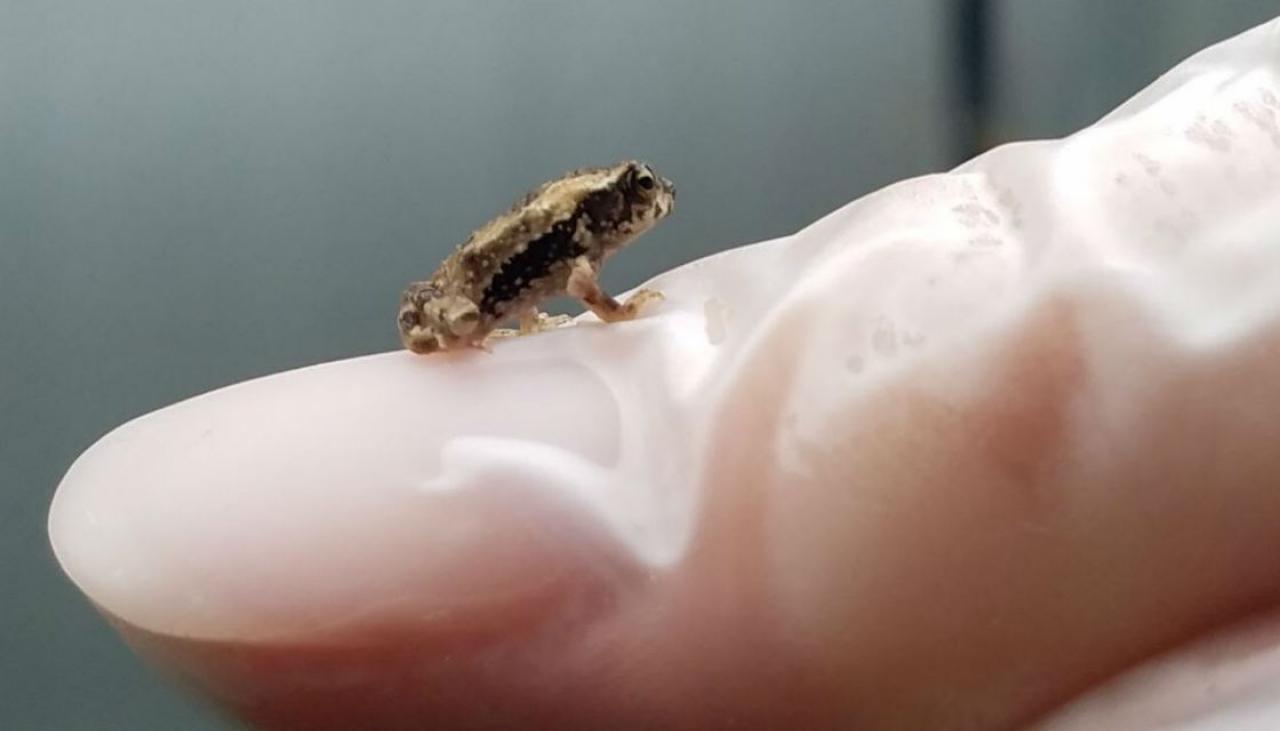 Bark at em like a dog…get toad sperm. Huh.

Scientists were like, lol he came from frozen sperm let’s call him Olaf

That’s amazing! Hope this will bring the numbers back up, for future generations so they to can enjoy seeing this species

Didnt knowolaf from Frozen was made of sperm. Thanks for the info

This reminds me, whatever happened to the notion of bringing Wooly Mammoths back through cloning or whatever it was they were doing?

How do they collect toad sperm?

Scientists: we brought back tiny frogs that ejaculate when scared!

“Kill me or release me naked ape, but do not waste my time …”

Hypnotoad says: “You will save my species.”

Very confusing. Sounds positive on the other hand 🖐👍

Let’s hope we can save that species and many more!

Having grown up hearing about these “sapos conchos”, I’m super glad about this initiative, though I can’t help but wish we could also do this research locally. Either way, I’m excited to see if this can hopefully boost these little guys’ population. Great going!

Olaf is pleased to be alive.

Sooo… this is Jurassic park?

Thak you Dr.Finkelstein for you hard work!

Count Olaf: “Genius ideas are simple, like the wheel or in vitro fertilization”.

Anyone ever wonder “maybe there’s a reason this species is almost extinct?” And if we’re messing up something by boosting numbers ?

Don’t forget to include a source for your post! Please link your source in a comment on your post thread. Your source cannot be a personal blog or non scientific news site, and must include citations/references. [Wikipedia](https://www.wikipedia.org/) is allowed, but it is not exempt from displaying citations. If you have questions you can [contact the moderators with this link](https://www.reddit.com/message/compose?to=%2Fr%2FAwwducational)

*I am a bot, and this action was performed automatically. Please [contact the moderators of this subreddit](/message/compose/?to=/r/Awwducational) if you have any questions or concerns.*

What do you think?

Your password reset link appears to be invalid or expired.

To use social login you have to agree with the storage and handling of your data by this website. %privacy_policy%